You should share your favorite anti jokes with friends and family. Make everyone around you laugh. Show them a good time! Anti jokes are so stupid they are actually funny. They turn humor on its head! Here are some of the best anti jokes out there:

The best anti jokes to tell family and friends:

Here are some of the best anti jokes with a hilarious (and unexpected) punchline:

An anti joke for every type of sense of humor:

Here are the best anti jokes that will make everyone laugh:

Random jokes that will make you laugh aloud:

Here are the best anti jokes around:

The best jokes on the internet that are so bad they’re actually good:

Here are the most hilarious anti jokes to make friends think you’re funny:

Anti jokes that have a hilarious punchline:

Here are the best anti jokes:

Here are the funniest anti jokes ever created:

Bad jokes that will get everyone laughing 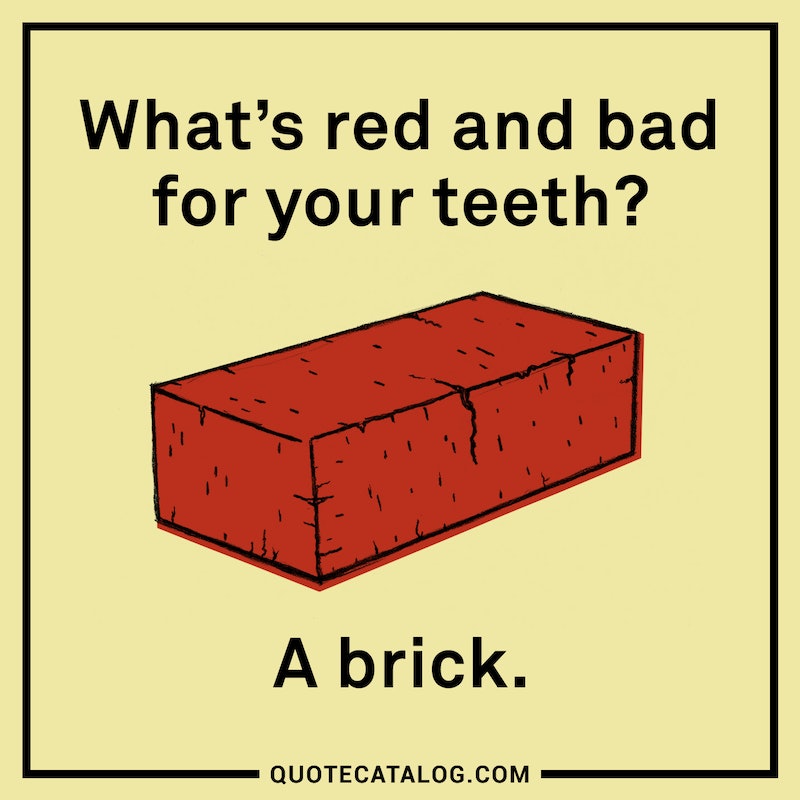 January Nelson is a writer, editor, and dreamer. She writes about astrology, games, love, relationships, and entertainment. January graduated with an English and Literature degree from Columbia University. Read more articles from January on Thought Catalog.

Learn more about Thought Catalog and our writers on our about page.

Uncover inner peace and find the strength to move on with this guided journal + healing gift set which includes sage, a white purification candle, and a rose quartz stone.

Could Your Symptoms Be Hidradenitis Suppurativa (HS)?

When pimple-like bumps or boils start showing up in areas where skin rubs together, you may question what’s going on with your body. Take the quiz to see if your symptoms may be HS—a chronic inflammatory skin condition that may be linked to the immune system.

Please note: This quiz is not meant to diagnose patients with HS. After completing this quiz, please talk to your dermatologist about your answers as soon as possible.