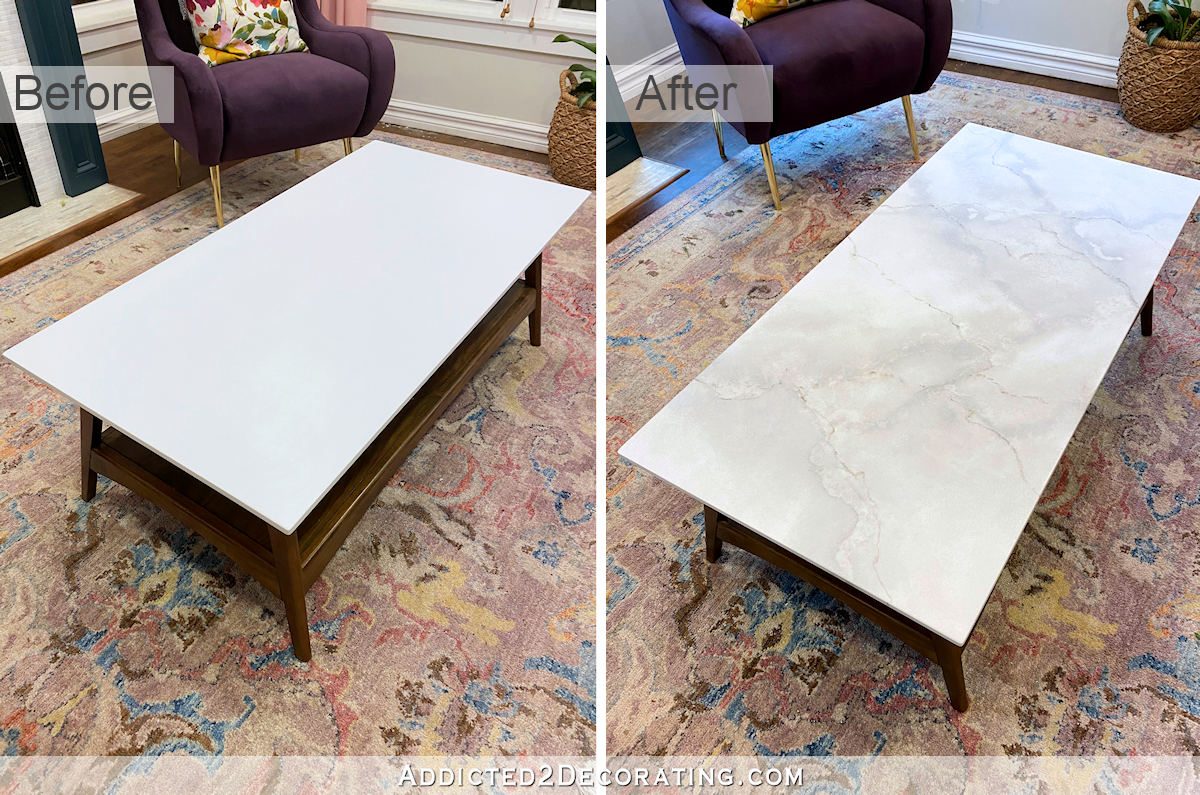 A couple of months ago, I purchased a new coffee table for the living room. I decided to get a new one when I rearranged the furniture to its current layout and realized that the edge grain plywood herringbone coffee table that I had made was way too skinny with the furniture arranged in the new way. (It will make an appearance in another spot, though.) So after looking at probably hundreds of coffee tables, I kept coming back to this mid-century modern coffee table with a stained wood base and white top. The choice was uncharacteristic for me because mid-century modern generally doesn’t appeal to me, and yet this is the one I kept going back to. I found it in several different stores online, but I ended up purchasing it from Amazon, which had the lowest price and free shipping. The table had consistently high ratings with rave reviews, with the exception of one thing. Almost every review mentioned that the table top is NOT white. It was described as anywhere from off-white to a yellowish color. That made me hesitate and continue to look. Somewhere along the way, I decided that I’d love a table with a […]