Guest Bedroom – Finished! (Before & After) 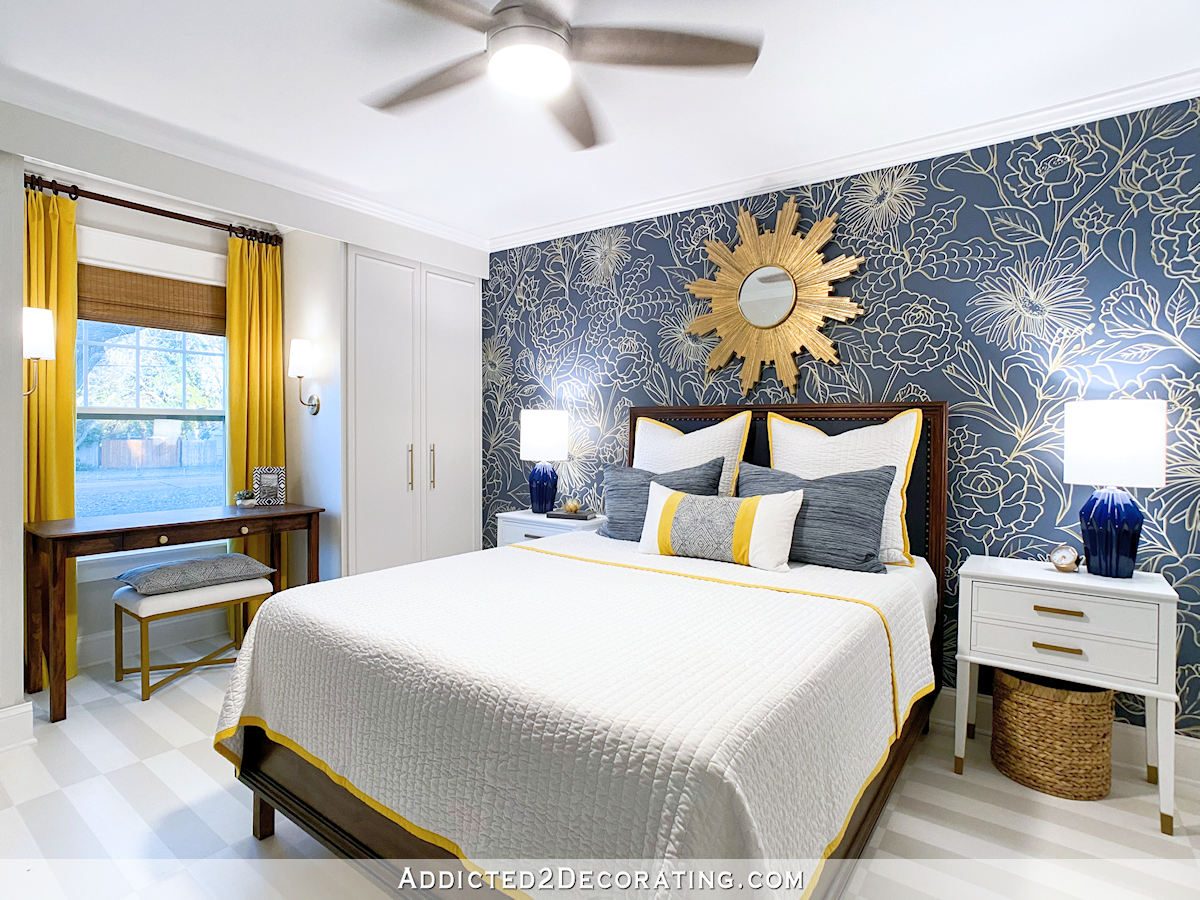 I finally have pictures of the finished guest bedroom! This room was in progress for over a year, which was way too long. But considering that the year was 2020…well, a year-long bedroom remodel seems fitting. Anyway, here’s how it turned out… This is not a huge bedroom, but there were some pretty extensive projects that went into it. Here’s how the room looked when we bought the house in 2013… You can see that it had teal carpet (which was a departure from the green carpet in the rest of the house). It also had a door leading out to the front porch, and a window on the wall opposite the door. We lived with that window unit air conditioner in this room long after we had our HVAC system installed because that window had been painted in that open position and wouldn’t close. So when I finally decided exactly how I wanted to use this room, and came up with the layout I wanted, both the door and the opposing window had to go. I didn’t do that part by myself. I decided a while back that I’ve paid my drywall dues, and I’ll never drywall another room […]

The post Guest Bedroom – Finished! (Before & After) appeared first on Addicted 2 Decorating®.

Guest Bedroom – Finished! (Before & After)