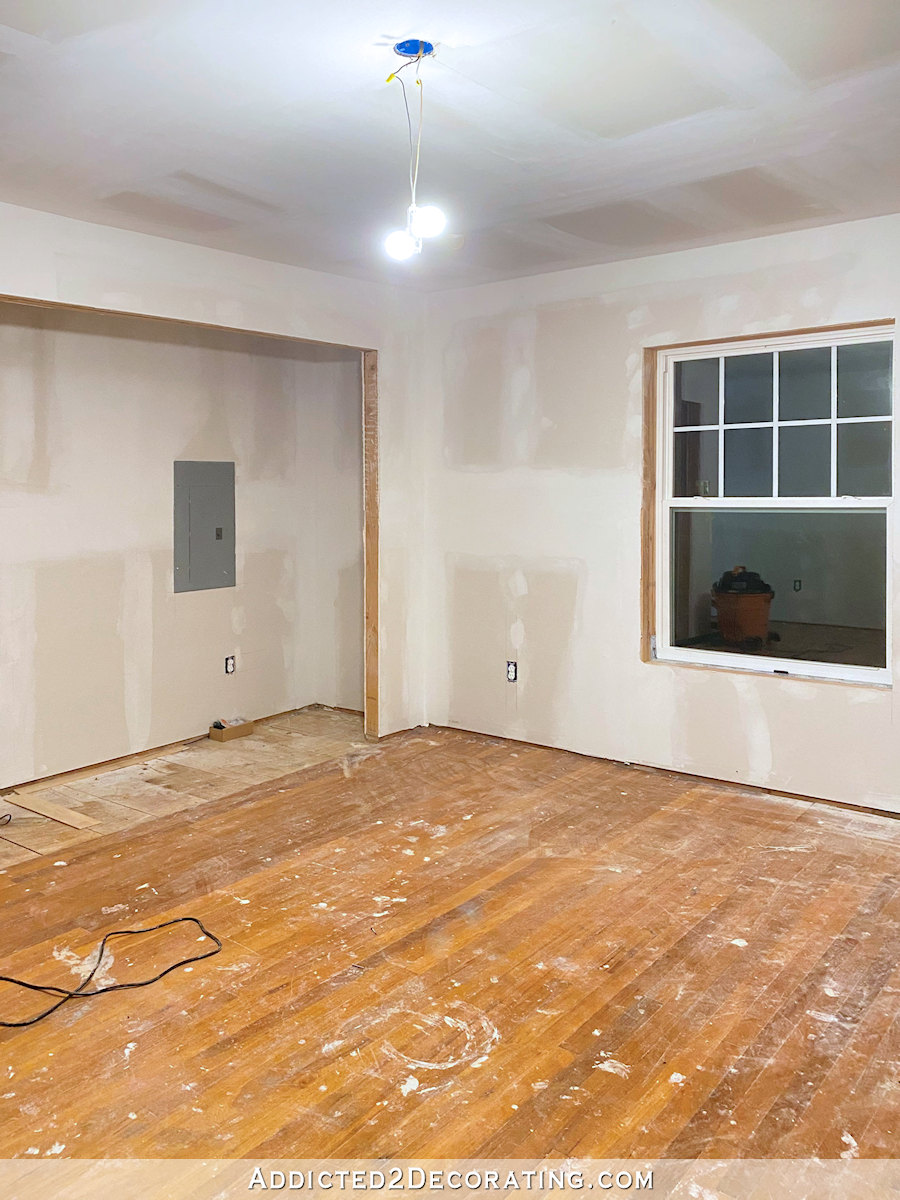 The only progress I made in the home gym this week was to get the room completely cleared out. That was a much bigger job than I had anticipated. I’ve started on clearing this room out several times this year, only to bring more stuff in later. And evidently, every time I brought more stuff into the room, it was the stuff that didn’t have a home anywhere else in the house. So as I took it out this time, I had absolutely no idea where to put it. Most of it can probably be thrown out or given away, but that’s an hours-long project for a later date. Right now, it’s all been divided between my little studio storage room and the sunroom where it will live until I’m finished with the home gym. And since the next project on my list is to finally finish the studio, those boxes and stacks of stuff will have to be dealt with at that time. But for now, it’s out of my way at least for this project. And now with all of that out of the way, I can show you exactly what I’m working with, and the several challenges […]