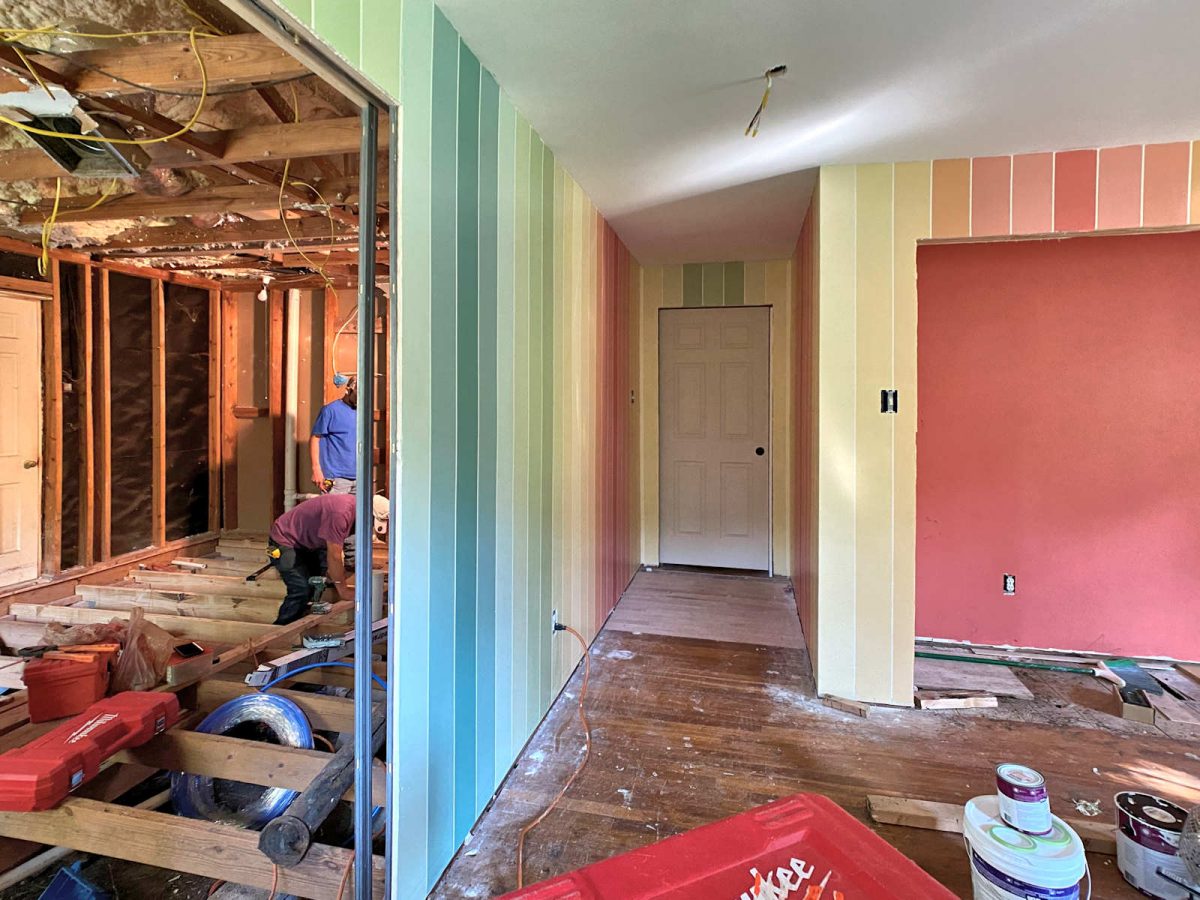 We’re a week-and-a-half into our master bathroom remodel, and while there still isn’t really anything terribly interesting or pretty to show you (it’s mostly plumbing and electrical so far), I did want to show you the thing I’m the most excited about, which is the size of the shower! All I was able to show up to this point floor plans, and I kept moving these walls around on those floor plans. But now we can see the exact size of the shower, and I’m so incredibly excited for Matt to have this. I’ve gotten a handful of comments from some who were concerned that the shower may not be big enough, but y’all! Check this out. I’ve marked off with black lines in the photo below just how big the shower will be, and since there are two men working in that space, it’ll give you an idea of just how spacious it’ll be for Matt to move around freely. I don’t remember the exact dimensions, and I don’t want to go in there right now since they’re working and I’d get in their way, but both the length and width are over seven feet. The shower alone in […]