Our Living Room From Beginning To End 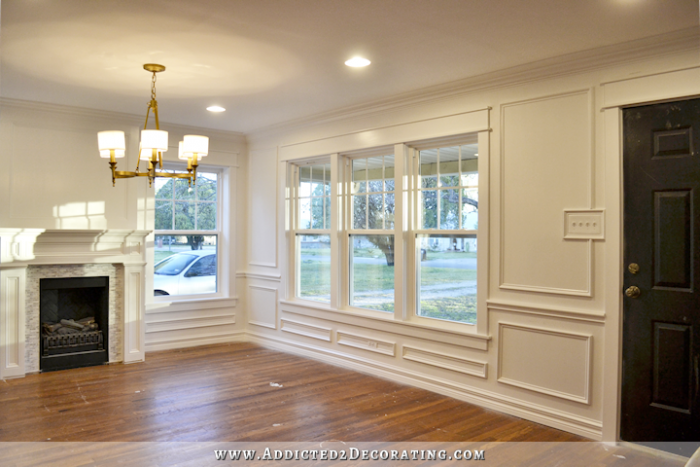 Last week, I shared lots of before and after pics of our newly finished living room. I always love a good before and after, but those often fail to convey the struggle in getting from the before to the after. And while some rooms are pretty straightforward in the path from the original state to the finished state, that doesn’t describe my living room at all. There was nothing straightforward about the journey from original to finished in this room. I took so many winding paths, had so many failed attempts, and experienced so much frustration along the way. It literally took years for me to find my vision for this room, and I know many of you can relate to that. So I wanted to take a look back and not just compare the original room to the final room, but actually take a look at the process along the way. It’s a very winding trail, and even this is only part of the story. These are just the highlights of years of misdirection, indecisiveness, failed attempts, all mixed with some true progress and necessary steps (like new drywall and lighting) all along the way. August 2013 Here’s how […]

The post Our Living Room From Beginning To End appeared first on Addicted 2 Decorating®.

Our Living Room From Beginning To End