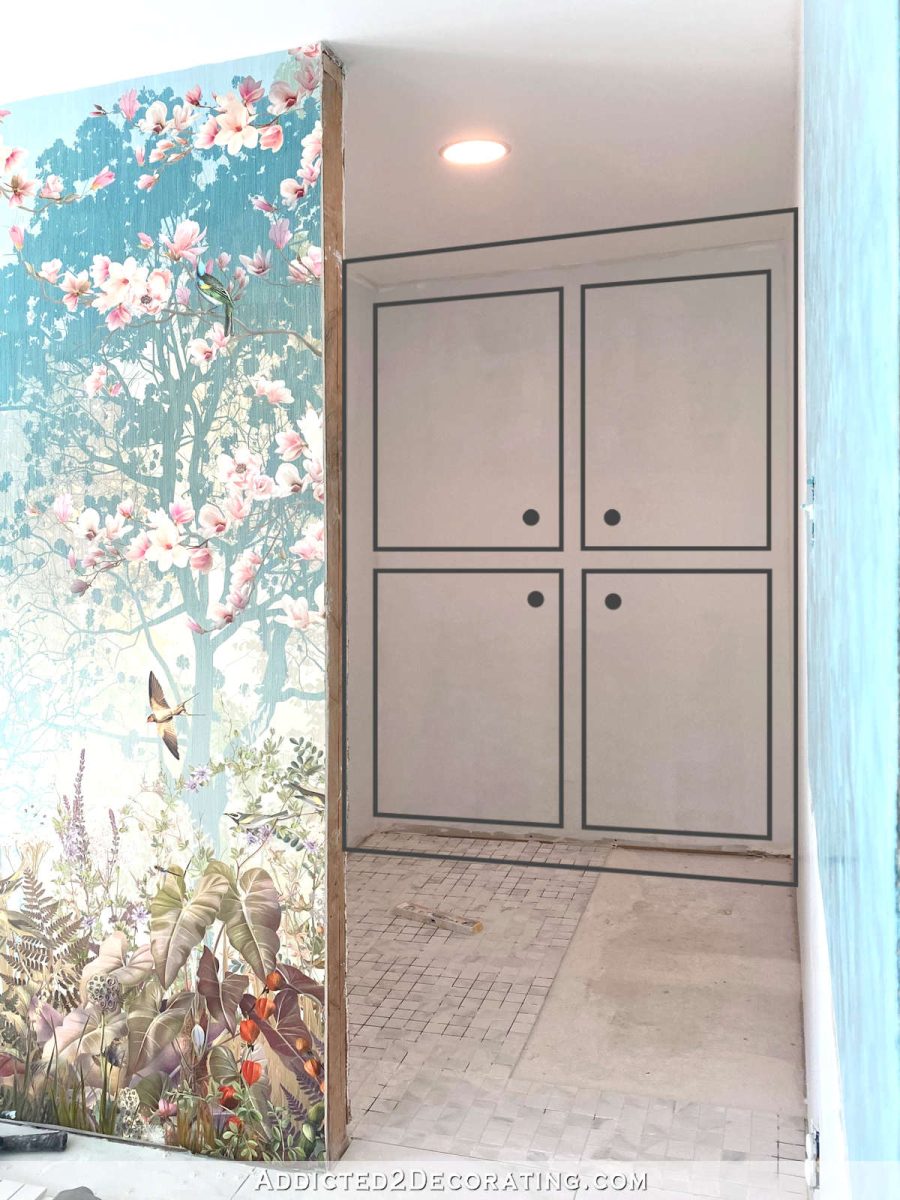 I haven’t gotten as much done on the bathroom over the last two days as you’d probably expect, but keep in mind that I don’t work on Wednesdays. 🙂 But on Tuesday, I did make some progress with the tile on the bathroom floor. I had been undecided on what I wanted to do on the floor in the toilet area. When I started tiling the floor, the plan had been to use the small 2 x 2 tile only on the shower floor, and then use the large tile on the floor in the toilet area. But when I decided to use the little brushed brass Schluter strip as a separator between the large floor tile and the 2 x 2 shower floor tile, that threw a wrench into my plans. Y’all know how much I love (need) symmetry, so I couldn’t do a brushed brass transition strip on the left side of the bathtub area (the bathtub will go in front of the mural), and not do a transition strip on the right side of the bathtub. I briefly considered doing a transition strip on the right side and then continuing on with the large tiles in the […]