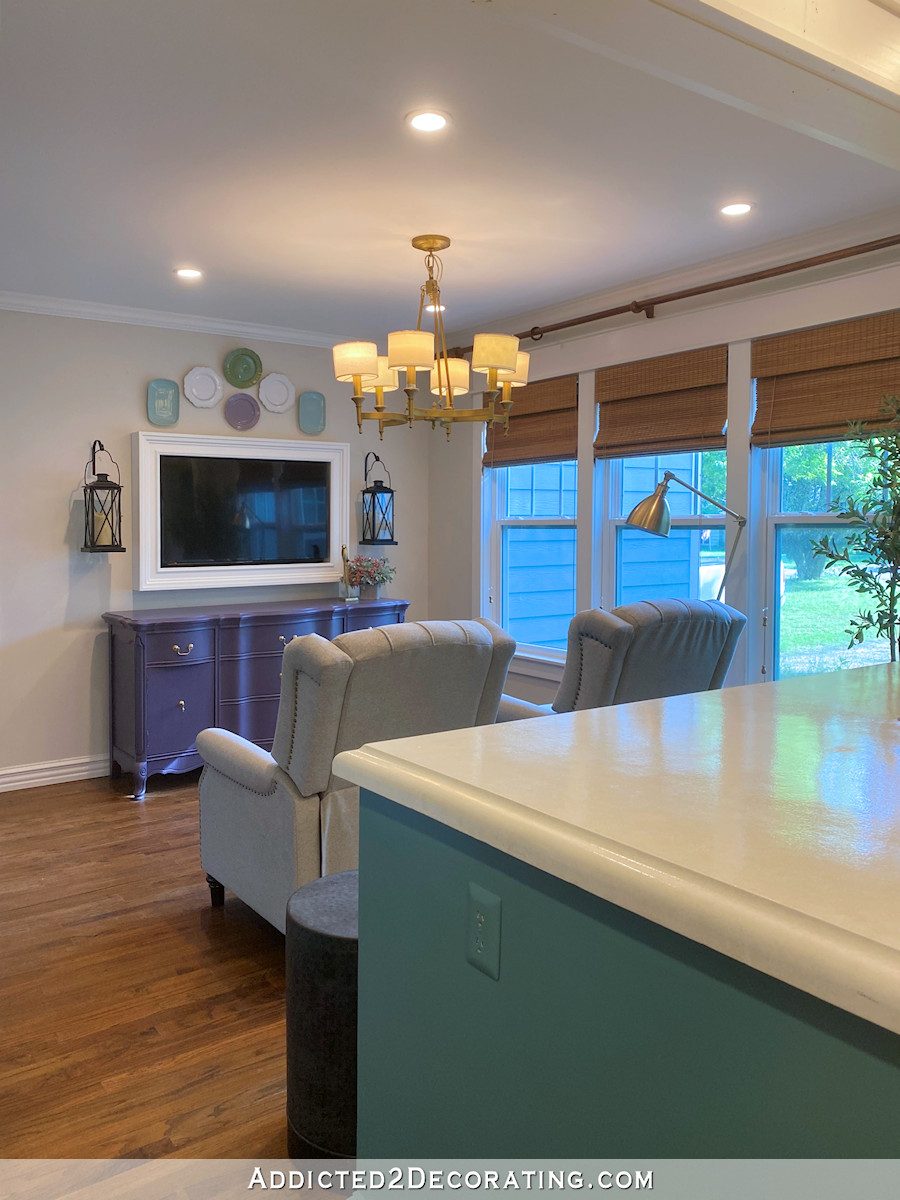 After a year of using the breakfast room as a bedroom, Matt and I were finally able to move into the guest bedroom about a week after I refinished the hallway floor. In the weeks leading up to that move, I was dreaming of having my breakfast room back. I had given away our dining table that I had used in the room before, so I was also dreaming of either purchasing or building a new dining table. After finding a beautiful unfinished pedestal, I decided that that I wanted to purchase that pedestal base and then build the top and finish the whole table. Well, that’ll have to wait now, because just a couple of days before we moved into the bedroom, Matt threw a wrench into my plans with his announcement that he wanted a recliner where he could sit during the day. I’ll be quite honest. I heard the word “recliner” and my heart sank. First of all, where would I put it? And second, that word “recliner” brings about an involuntary feeling of dread. As I’ve been remodeling and decorating the house, I’ve asked Matt every step of the way what he needs and wants. He […]