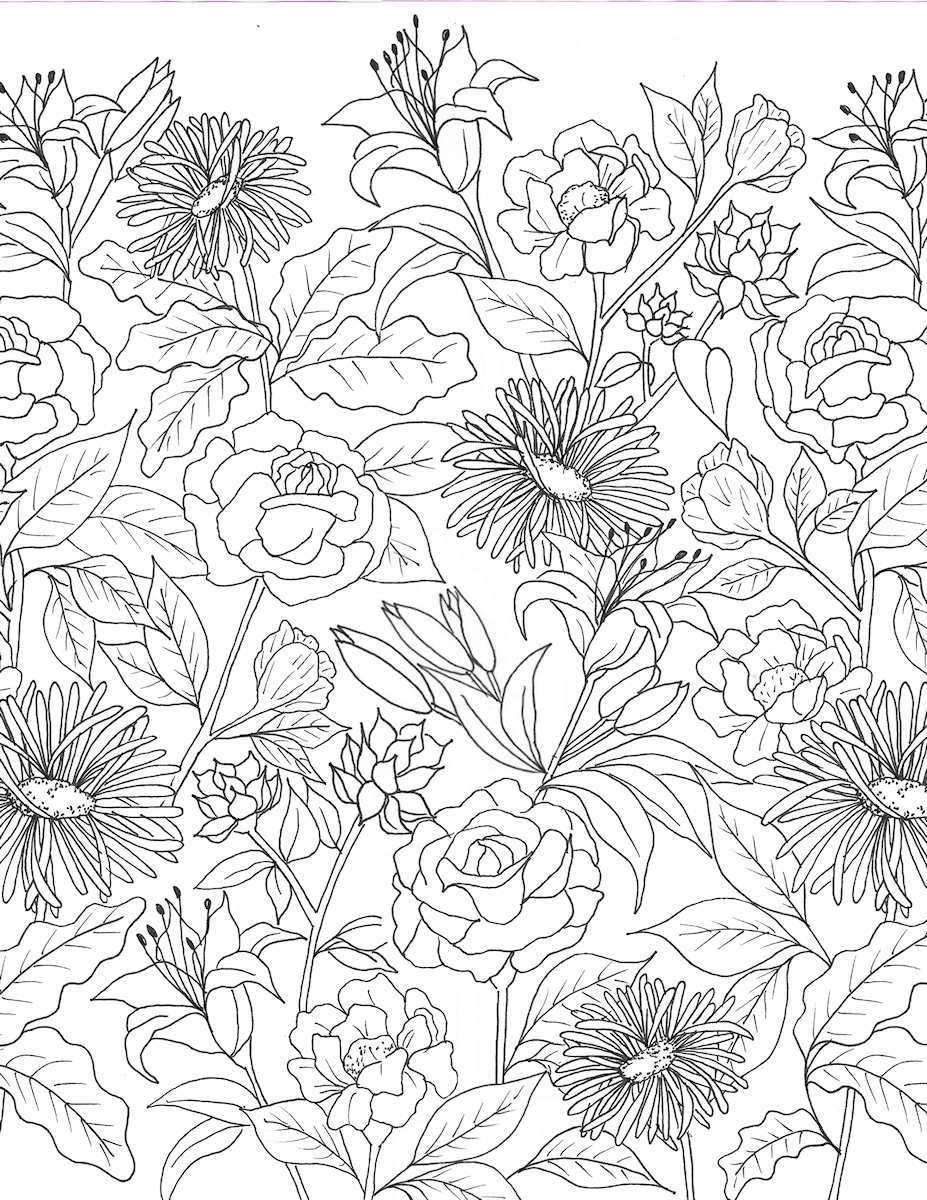 Did you see my guest bedroom before and after post? Most people who saw the finished room, and who hadn’t been following along on this project over the last year, assumed that the wall was covered in wallpaper. But that’s actually a hand-drawn design. I’ve done two hand-drawn wall mural designs in this house, and on both of them, I collaborated with my very artistic mom. The hardest part is coming up with the design, so we put our creativity together to come up with ideas and arrangements. But once it’s on paper and can be scanned and printed out onto a transparency, the rest is really very simple and relatively fast (as in, way faster than stenciling, at least for me). And even if you have to buy an overhead projector (mine was about $50 on Ebay), it’ll still cost hundreds of dollars less than wallpaper would cost. So, good news! If you want this design on your wall, my mom and I have done the hard part for you. 😀 All you have to do is print it out on a transparency, get yourself an overhead projector, and then start tracing. And tracing. And tracing some more. This […]